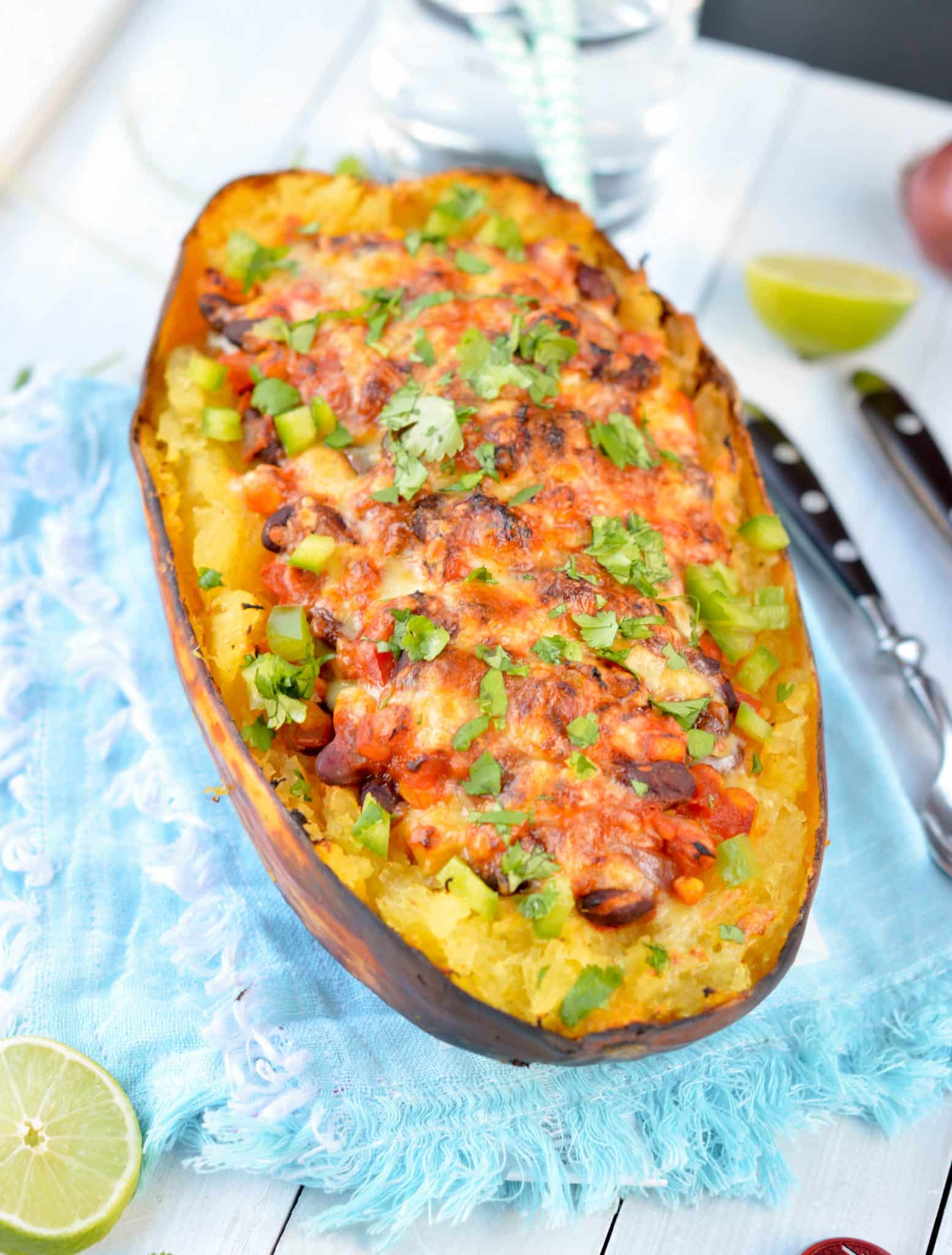 Can you believe that it has been 5 years since I made a squash spaghetti recipe ? Seriously this is way too long ! But since I moved in New Zealand I never found a spaghetti squash at my local store. So when I finally found one at the Ponsonby market I was like a child ! Super excited. Yes, I love squash spaghetti SO much!

If you wonder what’s inside or how to eat it those are my tips. 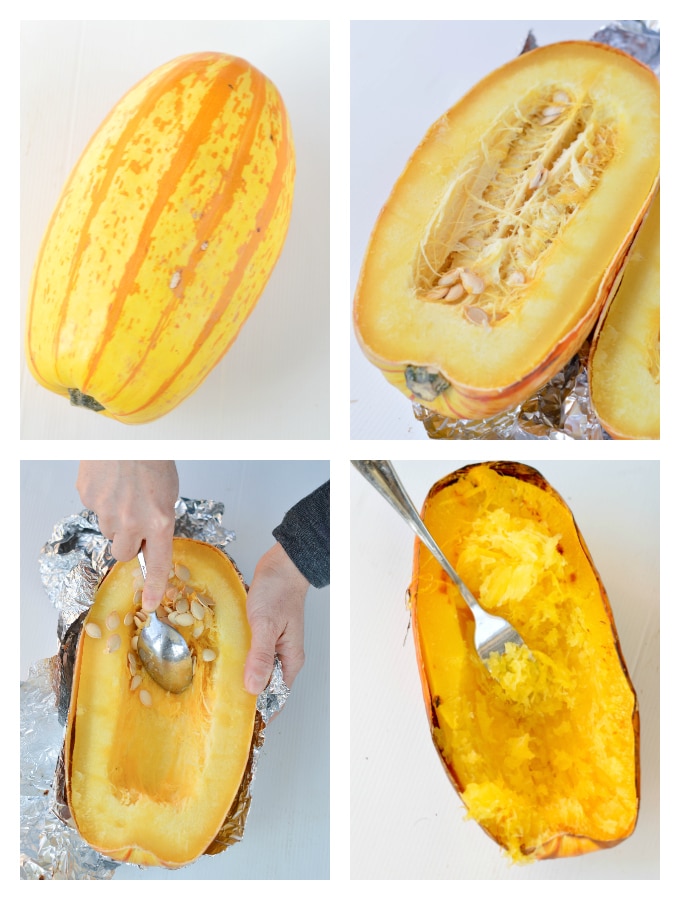 Today I choose to make something a little bit different – I usually eat them with tomato sauce – I am craving Mexican food but as I am pregnant I prefer to go slow on carbs. So this Spaghetti squash taco bowl is perfect !

You have got many ways to cook spaghetti squash. Those are my favorites. 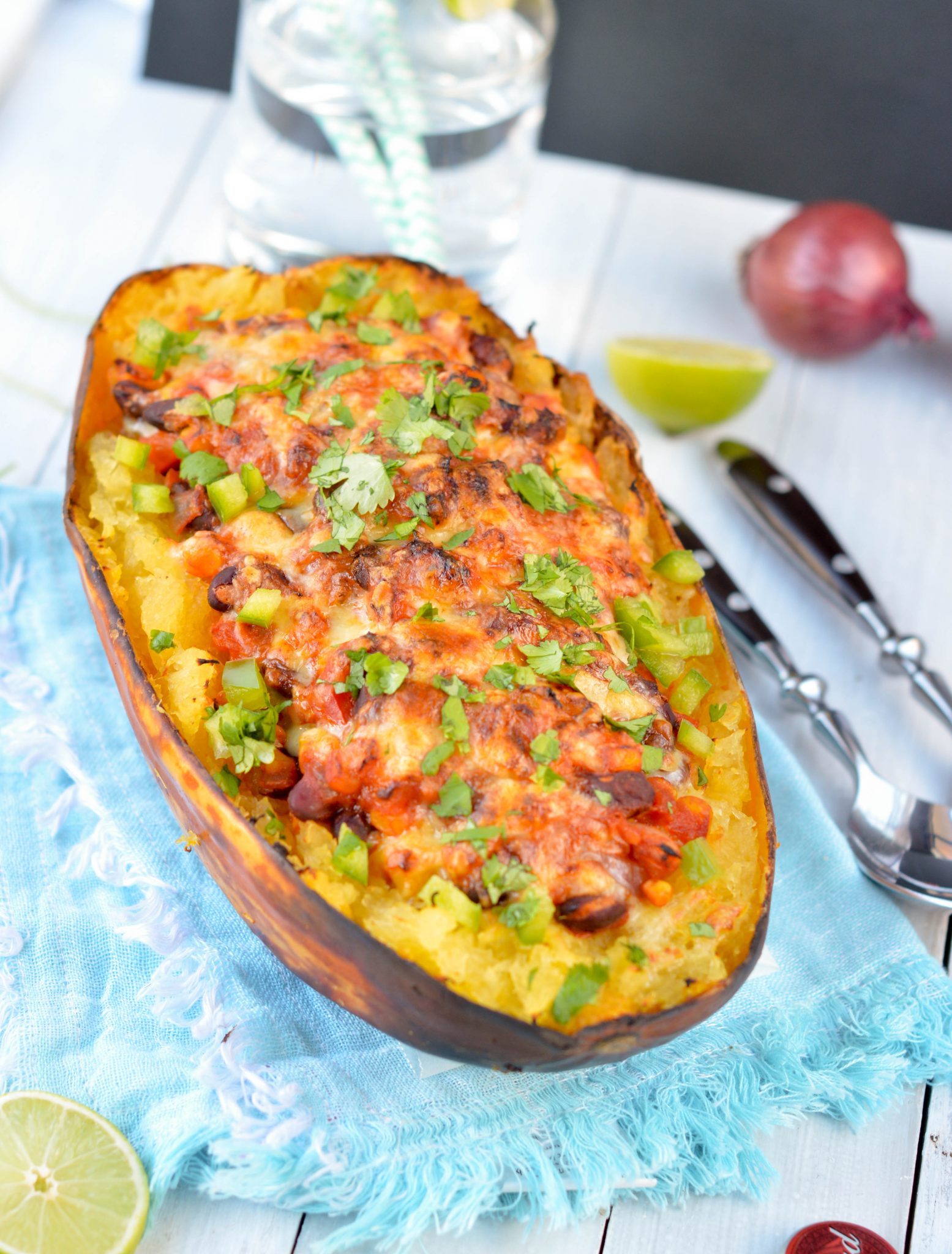 So the result is pretty impressive. The spaghetti squash contains 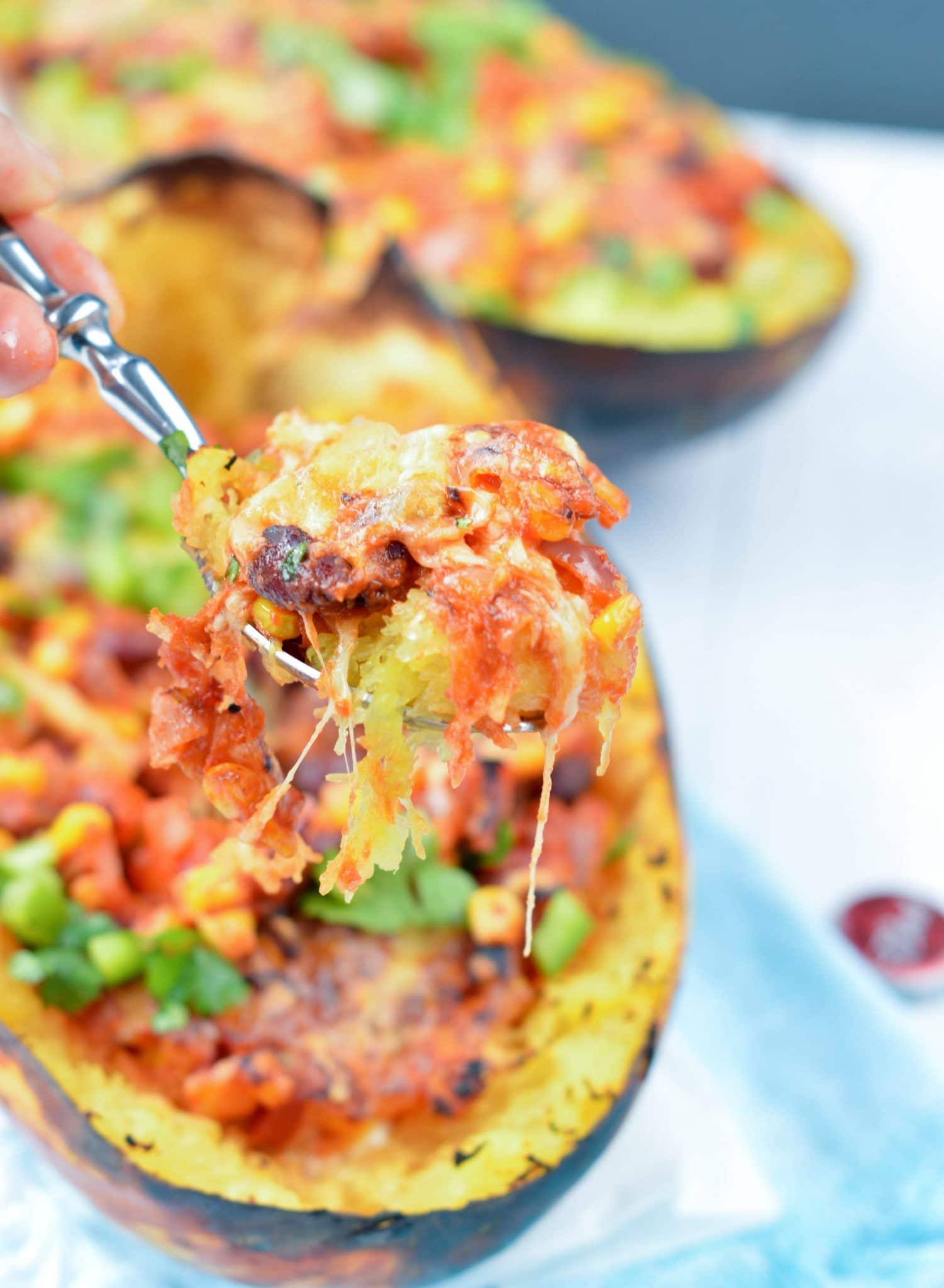 I just love it. It taste good, it is fuflilling as pasta without hte extra carbs and calories. It is actually hard to believe that you are not eating real spaghetti. I really think it is the healthiest and easiest vegetable spaghetti recipe I ever had because here you don’t need a spiralizer! The squash spaghetti will create noodles by itself. SO this is it, my first squash spaghetti recipe is now on the blog and I am really proud about it! I even noticed yesterday that Countdown supermarket stock squash spaghetti too this winter!

How To Bake Spaghetti Squash ?

Make it vegan: Use dairy free cheese if vegan or omit cheese.  Make ahead: you can bake the spaghetti squash the day before and store in the fridge.  Store: this recipe store in the fridge up to 4 days. Rewarm in the microwave until pipping hot. Freeze: I freeze this recipe without the squash skin, inside airtight plastic container for lunch at work. Defrost the day before eating. Rewarm in the microwave or hot oven.
Nutrition Facts
Spaghetti squash taco bowl - Black Beans + Vegetarian
Amount Per Serving (1 person)
Calories 250 Calories from Fat 54
% Daily Value*
Fat 6g9%
Carbohydrates 37.4g12%
Fiber 7.9g33%
Sugar 4.9g5%
Protein 13.3g27%
* Percent Daily Values are based on a 2000 calorie diet.

This recipe serve 8 people. The nutrition panel is for one person including all the ingredients – cheese as well.

Welcome to my low carb baking blog, I am happy you joined me here and will do my best to support you in your low carb journey providing delicious low carb recipes that won’t blow your carb count!

Subscribe to my newsletter and get a free eCookbook, VIP gifts and deals !

most recent FRom the blog