Jump to Recipe Print Recipe Pin This Recipe!
5 from 37 votes
By Carine Claudepierre - Published on 09/06/2022 - 1 Comments
THIS POST MAY CONTAIN AFFILIATE LINKS, WHICH MEANS THAT I MAKE A SMALL COMMISSION OFF ITEMS YOU PURCHASE AT NO ADDITIONAL COST TO YOU. PLEASE SEE MY FULL DISCLOSURE POLICY FOR DETAILS 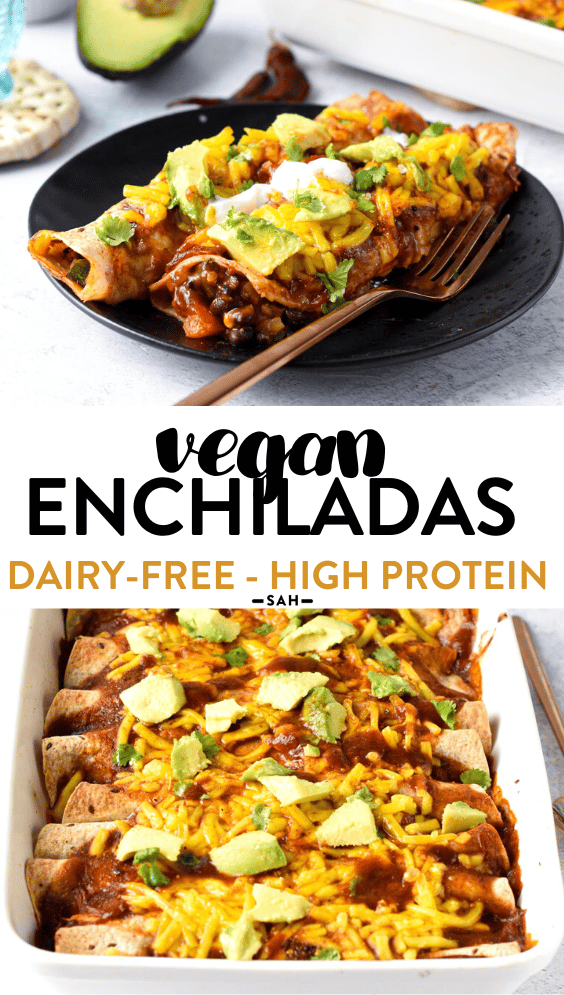 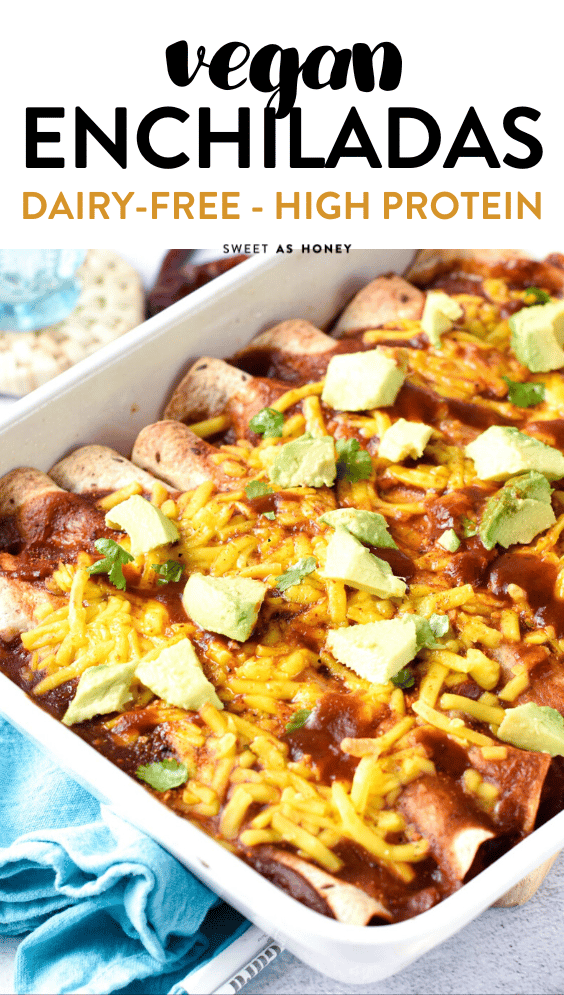 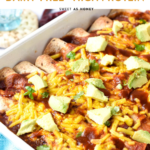 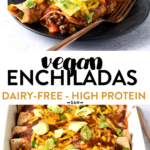 These Vegan Enchiladas are quick and easy Mexican dinners packed with plant-based proteins and vegetables.

It’s a healthy vegetarian recipe that is also easy to adapt to a gluten-free diet.

This year I decided to share with you more vegetarian recipes, some have low-carb options, some don’t, but the idea is to simply:

What Are Vegan Enchiladas?

How To Make Vegan Enchiladas

It’s very easy to make enchiladas with no meat, using a bunch of Mexican-style vegetables and beans.

The ingredients you need for this vegan dinner are:

Stir in the diced bell peppers and diced zucchini and keep cooking for 2 to 3 minutes.

Stir and cook until the vegetables are tender the beans are warm, and no liquid is left in the pan, or it will make soggy enchiladas. It takes between 3 to 5 minutes.

Remove the skillet from the heat and set it aside.

At the bottom of the dish, spread 1/2 cup of enchilada sauce.

To fill the first tortillas, place the tortilla in front of you, and using a tablespoon, spread two tablespoons of enchilada sauce in the center of the tortillas.

Next, use a slotted spoon to bring 1/2 cup of filling to the center of the tortillas.

Make sure you don’t have watery filling due to vegetables releasing too much water, or the enchiladas will be soggy.

Spread the filling lengthwise in a cylinder shape for easy rolling.

Wrap tightly to form a roll and place into the prepared baking dish, with their sealed side down.

Repeat the steps above until all the tortillas are filled and no more filling mixture is left.

Place each prepared tortilla in the baking dish next to each other, they must touch each other as seen in the picture.

Bake in the center rack of the oven, uncovered for about 20 to 30 minutes or until the tortillas are crispy, the enchilada sauce is bubbly and vegan cheese is melted.

It’s always a bit tricky to serve enchiladas because they are large and break easily when you take them out of the dish.

To serve them with ease using two wide tools, like wide slotted spatulas.

Serve two tortillas for an adult and serve warm with some of your favorite Mexican food toppings like:

You can store these vegetarian enchiladas in the fridge in a sealed container for up to 4 days.

Rewarm in a microwave-safe container or in a warm oven until warm in the center.

You can freeze enchiladas leftover too for up to 3 months in an airtight container. Thaw in the fridge the day before eating.

Below I listed some food allergy swaps for you if needed.

Can I Make Low-Carb Vegetarian Enchiladas?

Yes, you can use this recipe to make a low-carb vegetarian dinner.

Simply use low-carb tortillas, and replace black beans with a low-carb protein, like rehydrated textured soy or crumbled tofu.

Both are vegetarian low-carb protein that works really well in these enchiladas.

What Are The Best Tortillas For Enchiladas?

The best tortillas are corn tortillas because they hold their shape better than wheat-based tortillas.

However, any tortilla including wholewheat tortillas or low-carb tortillas will work in the recipe.

If you like healthy recipes with a Mexican inspiration, you’ll love these: 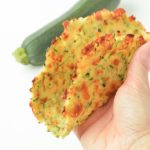 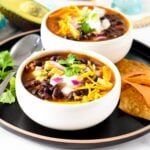 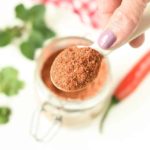 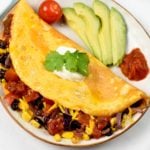 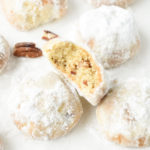 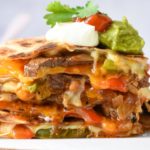 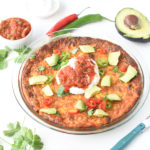 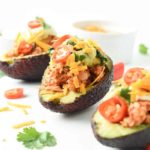 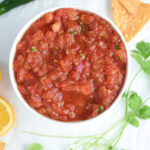 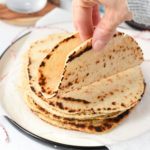 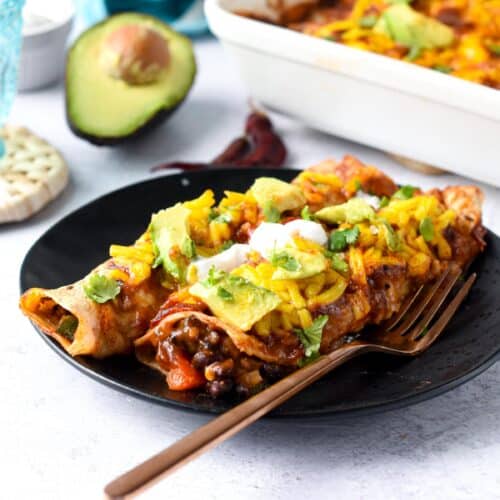 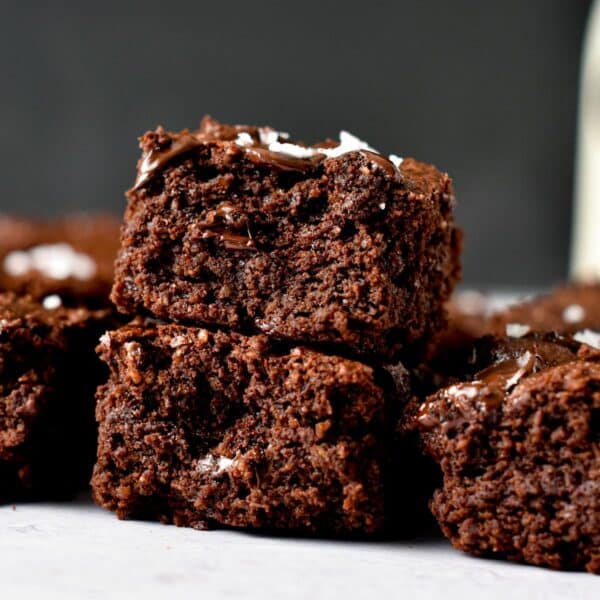 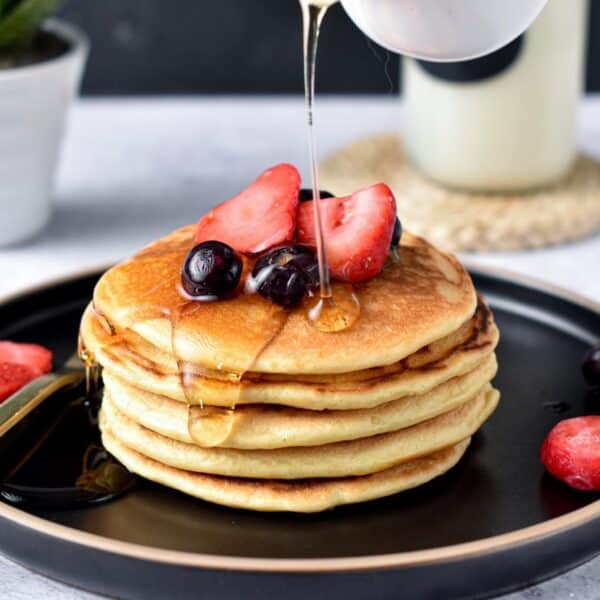 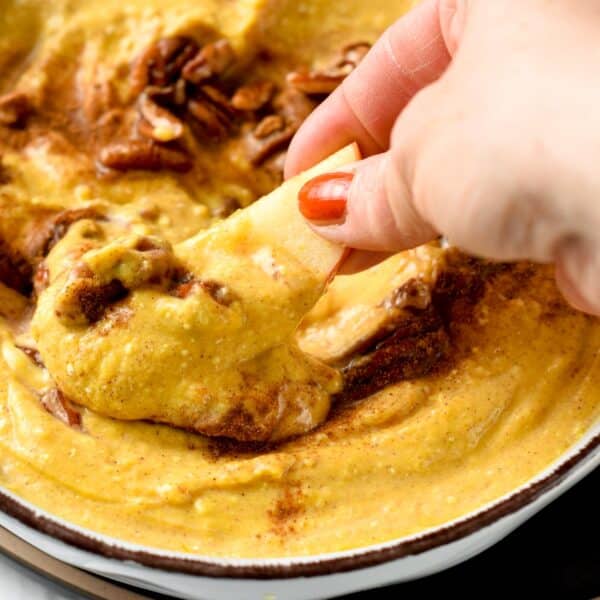