Jump to Recipe Print Recipe Pin This Recipe!
5 from 167 votes
By Carine Claudepierre - Published on 06/19/2022 - Last updated on 11/06/2022
THIS POST MAY CONTAIN AFFILIATE LINKS, WHICH MEANS THAT I MAKE A SMALL COMMISSION OFF ITEMS YOU PURCHASE AT NO ADDITIONAL COST TO YOU. PLEASE SEE MY FULL DISCLOSURE POLICY FOR DETAILS 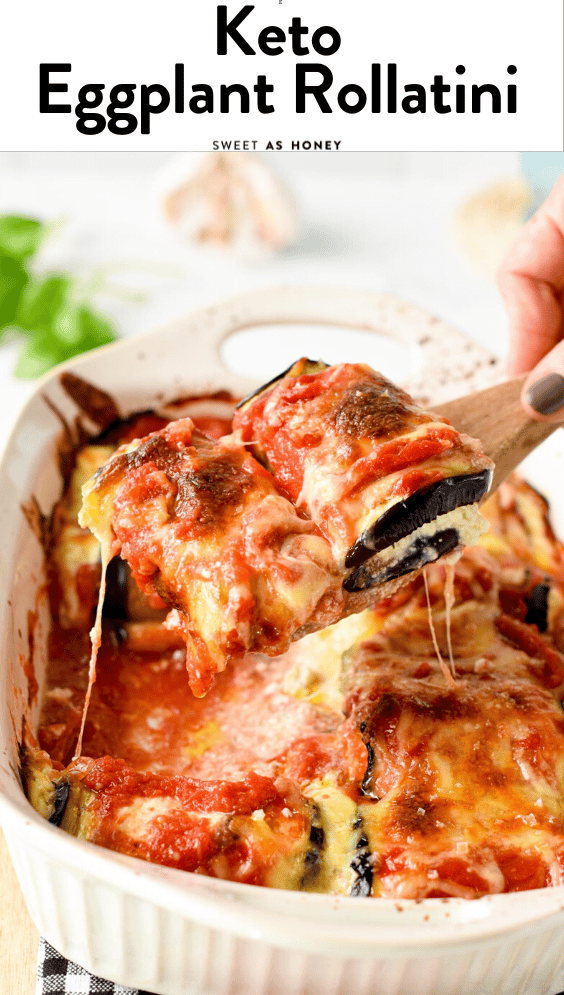 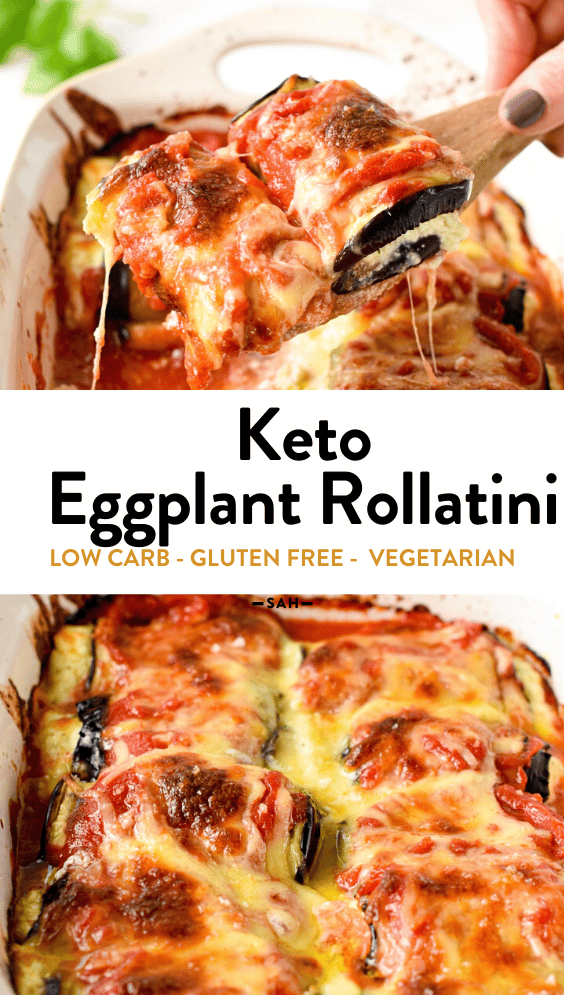 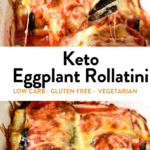 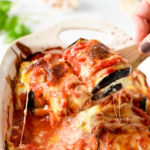 This Eggplant Rollatini recipe is the most delicious eggplant recipe for dinner.

In this typical Italian recipe, slices of eggplant are cut lengthwise, skin. Then, the slices are filled with ricotta basil cream, rolled, and baked in oregano tomato sauce.

It’s a delicious low-carb eggplant dinner that will make everyone love eggplants.

How To Make Eggplant Rollatini

It’s not difficult to make an eggplant rollatini recipe, but it takes patience and time.

Let me share with you how to make this delicious eggplant recipe for dinner.

Line two or three baking trays with parchment paper. Set them aside and preheat the oven to 400°F (220°C).

To make the rollatini, trim eggplant ends and discard or compost. Keep eggplant skin on.

Then, slice the eggplant lengthwise into ¼-inch thick slices (6mm).

Some people don’t appreciate eggplant recipes. It’s generally because they don’t sweat the eggplant before baking them.

The trick is to sprinkle each eggplant slice with sea salt on both sides and let them rest at room temperature for 10 minutes.

After that time, pat dry eggplant with absorbent paper towels to remove excess water and salt.

Next, brush olive oil on both sides of the eggplant and place them on the baking trays,

Bake the eggplant slices for 30 to 40 minutes flipping them halfway until the eggplants are golden brown and tender.

Let the eggplant cool down for 10 minutes on the tray at room temperature to soften.

While the eggplants are cooking, pour the Marinara sauce, garlic, salt, pepper, and dried oregano into a mixing bowl.

Stir the tomato mixture and set it aside.

You can prepare the filling while the eggplants are cooling down on the tray.

Line the bottom of the baking dish or castiron skillet with tomato sauce. Set aside.

Next, fill each baked eggplant slice with two tablespoons of ricotta filling, and roll tightly. Repeat this step with the remaining eggplants.

Arrange eggplant into the baking dish, next to each other in a single layer.

Pour the remaining tomato sauce over the Involtini and sprinkle some shredded mozzarella all over.

Bake for 30 minutes or until the cheese is melted and the eggplants are cooked.

Serve with extra fresh basil or 1/2 cup of pine nuts on top of the dish.

You can store leftover eggplant in an airtight container in the fridge for up to 3-4 days and rewarm in the microwave or on low-medium heat in a non-stick saucepan.

Leftovers freeze very well in an airtight container for up to 3 months.

Thaw the day before in the fridge.

Below are the most frequent questions about this eggplant recipe.

Can I Fry The Eggplants

If you don’t have an oven, you can fry eggplant slices in avocado oil or olive oil.

First, sweat eggplant with salt, as explained in the first step.

Next, warm a large skillet with 0.2 inches of oil. When warm, fry the eggplant slices on both sides.

Place the fried eggplant on a plate covered with paper towels to remove the oil and cool down.

What Are Eggplant Rollatini Calories?

Eggplant rollatini contains about 270 kcal per serving of 3 rollatini.

You can decrease the calories by using low-fat cheese including low-fat ricotta cheese, parmesan, and mozzarella.

Can I Make Vegan Eggplant Rollatini?

Yes, you can use vegan ricotta from the store and replace the egg with one tablespoon of flaxseed meal.

Can I Make Eggplant Rollatini With Spinach?

Yes, you can add spinach to the ricotta filling.

To do so, cook two cups of fresh baby spinach leaves in a non-stick skillet with a bit of olive oil until wilted.

Cool down, and chop before stirring into the ricotta mixture.

Yes, this popular Italian dish is mainly made of keto-friendly ingredients.

To decrease carbs, decrease the amount of tomato sauce in which the eggplants are cooked.

You can replace half of it with heavy cream to reduce carbs from tomatoes.

Below I listed some more eggplant recipes for you to try: 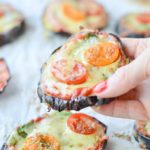 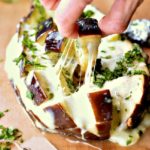 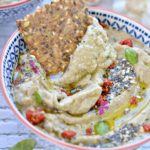 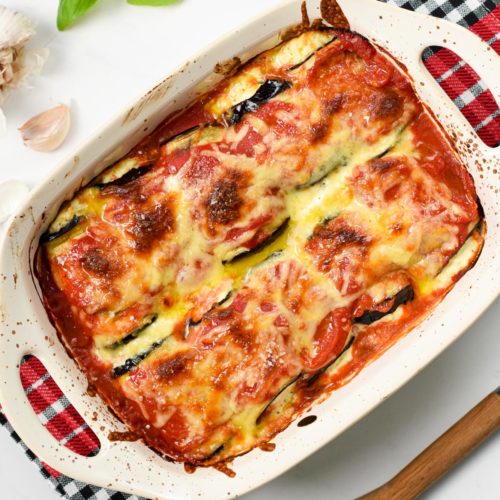 No Comments Yet On Eggplant Rollatini Recipe 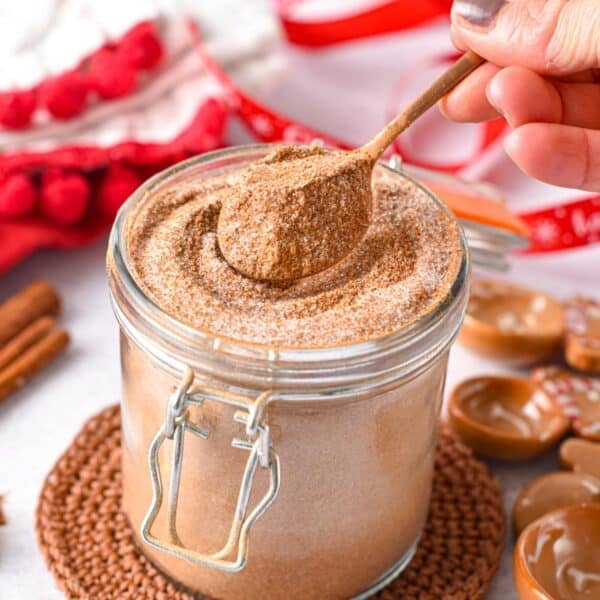 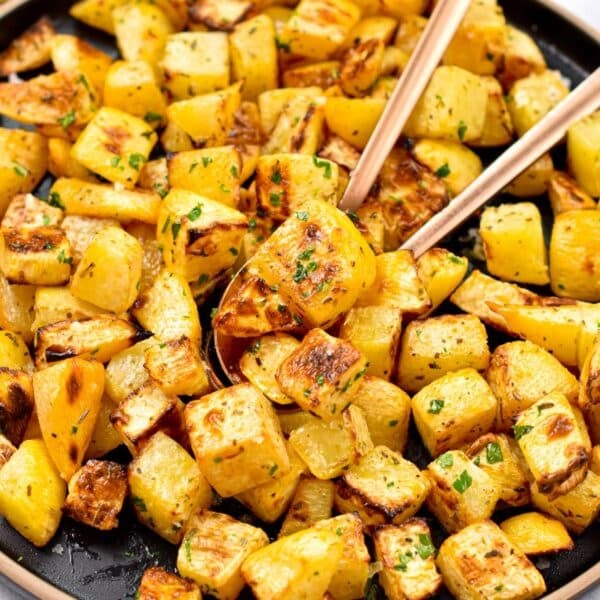 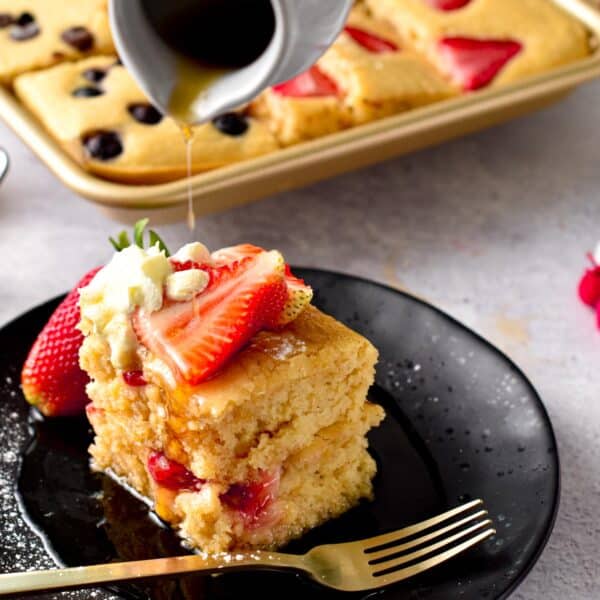 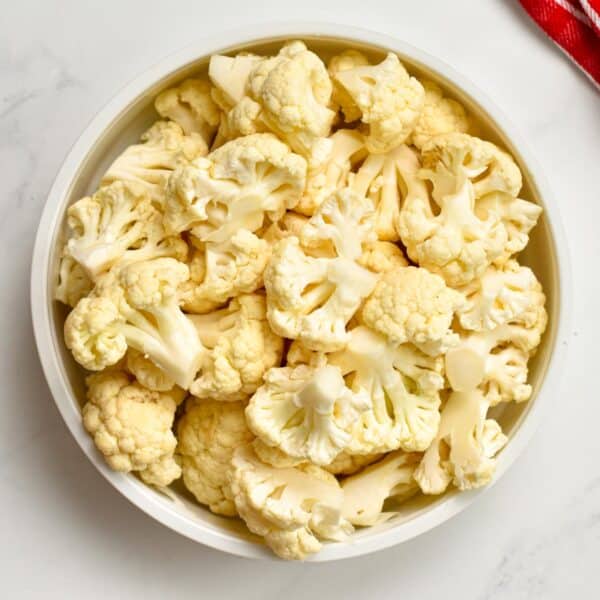