Jump to Recipe Print Recipe Pin This Recipe!
5 from 12 votes
By Carine Claudepierre - Published on 11/29/2022 - Last updated on 12/28/2022
THIS POST MAY CONTAIN AFFILIATE LINKS, WHICH MEANS THAT I MAKE A SMALL COMMISSION OFF ITEMS YOU PURCHASE AT NO ADDITIONAL COST TO YOU. PLEASE SEE MY FULL DISCLOSURE POLICY FOR DETAILS 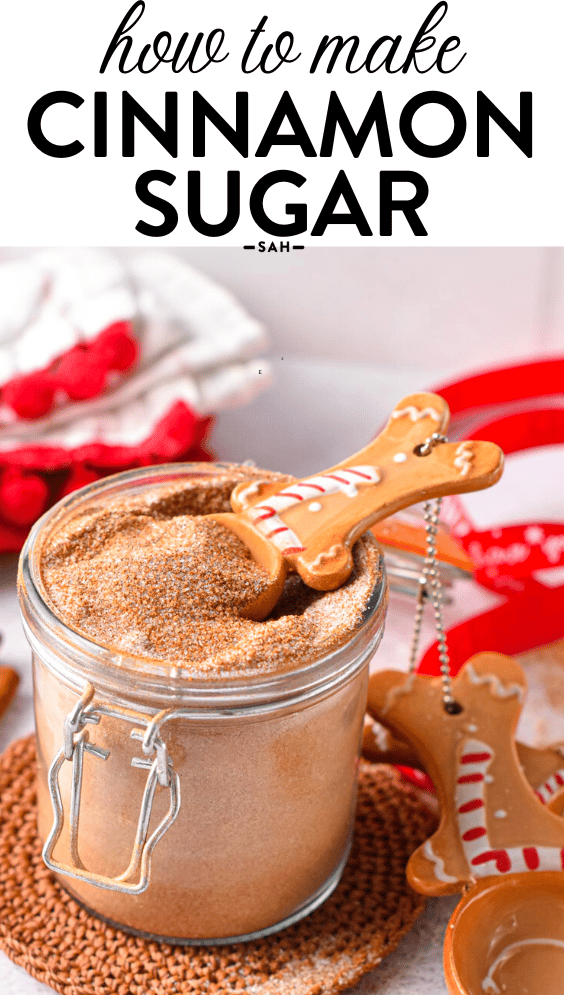 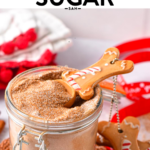 Learn how to make cinnamon sugar with just two ingredients. There’s a sugar-free, diabetes-friendly option to use this sugar in cinnamon rolls and French toast recipes.

I love cinnamon sugar to spice up my French crepes or bake keto cinnamon rolls or keto French toast.

Cinnamon sugar is amazingly versatile and a great way to add fall flavors to any baked goods or drink. You can use this to sweeten coffee, hot chocolate, or tea!

Let’s see how to make the best cinnamon sugar mix every time.

How To Make Cinnamon Sugar

The main issue with many cinnamon sugar recipes is that they forget to provide a ratio of cinnamon to sugar. Most recipes call for one cup of sugar and four tablespoons of cinnamon.

The best ratio for a sweet medium cinnamon flavor is:

One part of cinnamon for four parts of sugar. So for 16 tablespoons of sugar (1 cup of granulated sugar), you need 1 tablespoon of cinnamon.

If you want to prepare only 1/4 cup of sugar with cinnamon, use 1/4 cup of granulated sugar for 1/4 tablespoon of cinnamon which is about 3/4 of a teaspoon.

To make it easier to calculate, use the slider below!

For of Sugar (or sweetener),

You need of cinnamon.

All you need are 2 ingredients to make this delicious blend.

There are four types of cinnamon available, and the one you choose can impact the taste and flavor of this recipe.

Store cinnamon sugar in a sealed glass mason jar or jar with an airtight lid.

You can store it in your pantry up to the date of use of the sugar used in the recipe. It means that if the shelf time of your sugar is one year, your cinnamon sugar mix will also last a year.

For extra flavors, you can also add cinnamon sticks to the jar.

How To Use Cinnamon Sugar

Cinnamon sugar is one of the most common sugar used in:

If you want to use this recipe and have some allergies to white sugar, try the options below.

Below are my answers to your most common questions about this cinnamon sugar recipe.

Can I Use Sugar-Free Crystal Sweeteners?

Yes, any keto sweetener with a 1:1 replacement ratio to sugar works, like erythritol, allulose, or xylitol.

Can I Use Saigon cinnamon?

Yes, you can, but it’s sweeter and less spicy than Ceylon cinnamon. You may want to increase the ratio to 1.5 part cinnamon for 4 parts sugar, so 1.5 tablespoons of Saigon cinnamon for 1 cup of sugar.

Recipe To Use Cinnamon Sugar

Below are some easy recipes where you can use cinnamon sugar. It can add flavor to breakfast food, baked goods, or hot drinks. 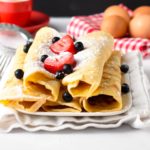 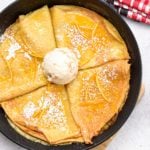 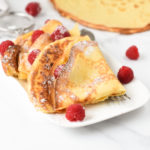 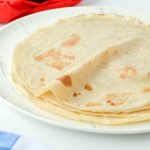 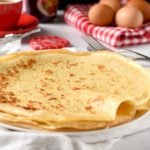 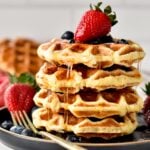 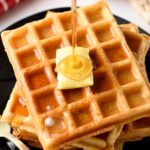 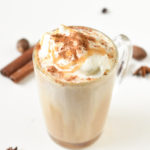 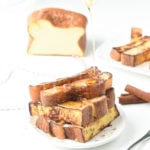 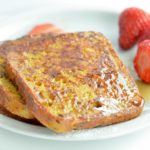 Here’s some more cinnamon recipes for you to try. 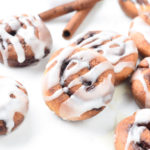 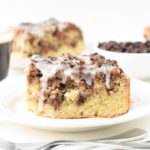 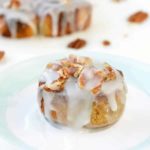 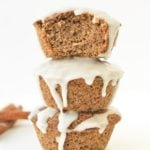 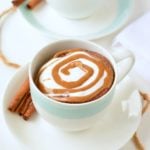 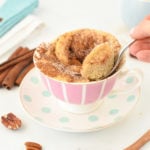 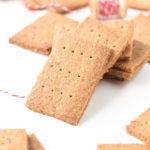 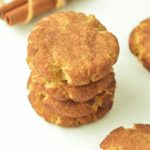 Have you tried making cinnamon sugar mix at home? Share a comment or review below to tell me what you made with yours! 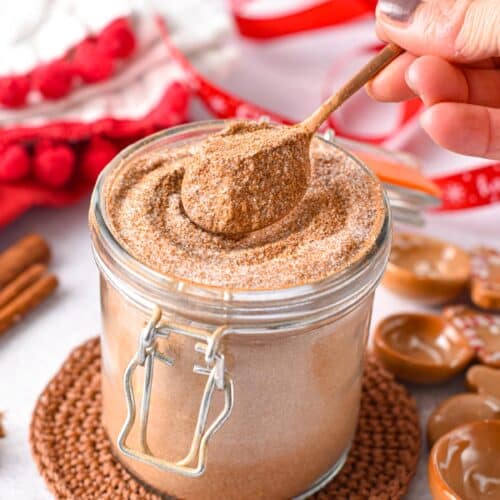 How to Make Cinnamon Sugar

Note 1: Ceylon cinnamon is the best for this recipe because it has a spicy flavor. If you are using Saigon cinnamon, use 1.5 tablespoons for 1 cup of sugar (ratio of 1.5 to 4). Note 2: any granulated sweetener works, including brown sugar, sugar-free sweeteners like erythritol, xylitol, allulose, or coconut sugar if paleo.
My Recipe Notes

No Comments Yet On How To Make Cinnamon Sugar (Ratio & Recipe) 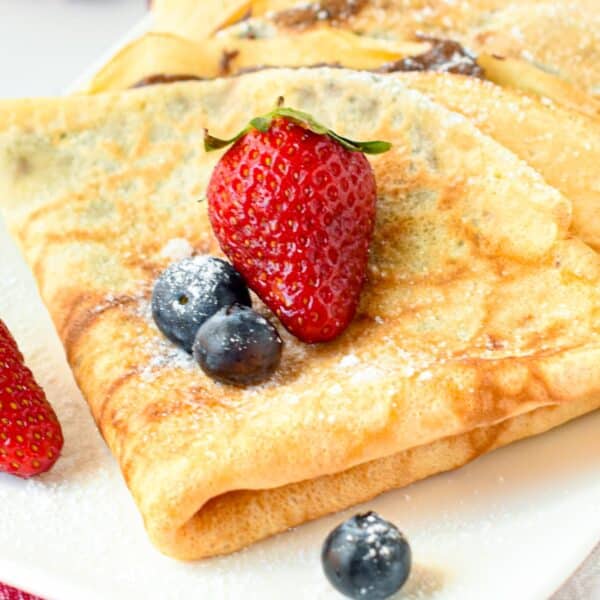 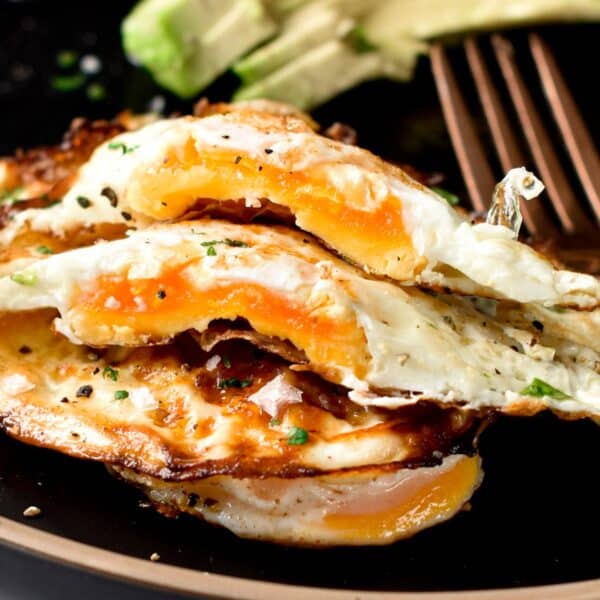 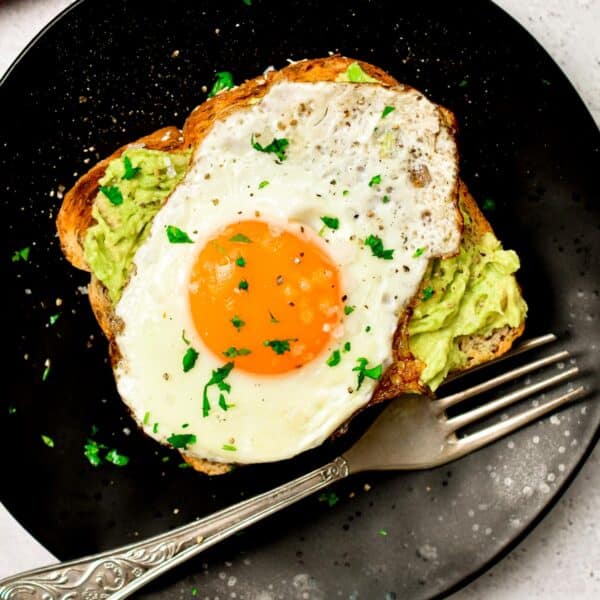 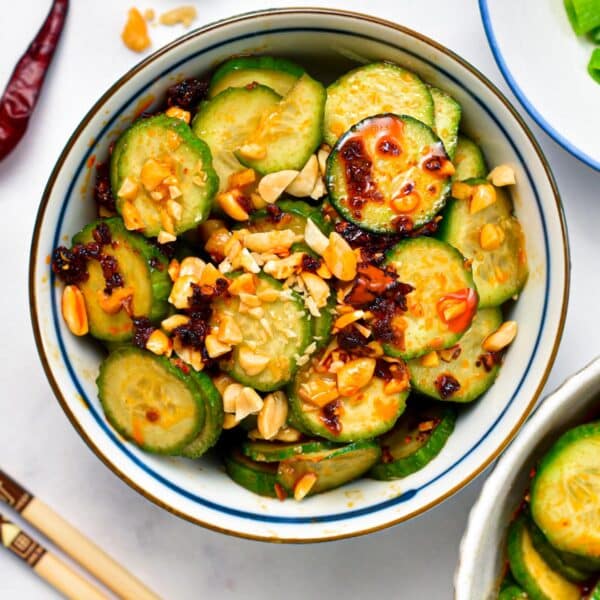